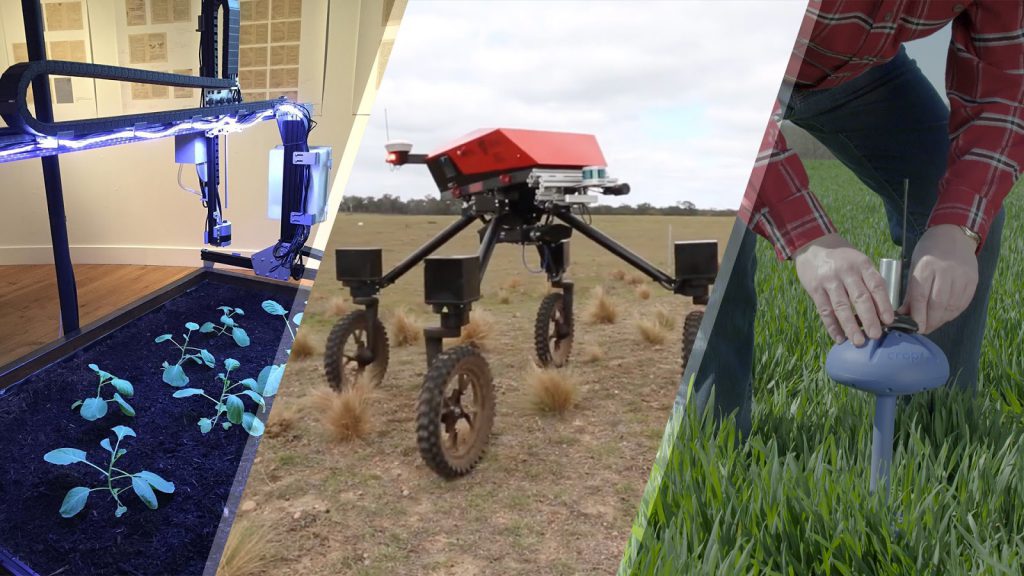 I originally wrote this short piece for the Centre for Entrepreneurial Agri-Technology website. The original article can be found at https://ceat.org.au/software-engineering-in-agri-tech/.

As a software and network engineering student with a keen interest in robotics, I’ve been keeping my eye on a number of agri-tech startups from Australia and around the world. While these startups are diverse in their offerings, what they all have in common is that they’ve taken simple concepts and pushed them to their limits.

CropX is a global soil sensing and agricultural analytics leader. What sets them apart from their competition is that they’ve focused on making their products as easy as possible for consumers to integrate and operate. Internet of Things (IoT) technology has long been applied to agriculture for analysing soil data, often overlayed with crop models, satellite imagery, and weather forecasts. Other products often feel tacky due to experimental nature, but the products offered by CropX are much more mature and focused on good user-experience, which sets them apart in the developing Agri-tech space.

CropX very recently acquired New Zealand startup Regen, who make over 200,000 client recommendations annually based on its in-depth farm data from operations in New Zealand over the past decade.

FarmBot creates a number of robotic vegetable growers that are able to take care of all aspects of sowing and tending a vegetable plot. All hardware plans, software, and documentation is open-source, meaning that anyone can create and modify their very own farming robot.

I remember first hearing about FarmBot in 2015 when its simple design was entered into the Hackaday Prize. Since then, there have been several iterations of the FarmBot with thousands of them having been shipped around the world. The FarmBot Express is the latest iteration, which promises to be their most affordable and easy-to-use machine to date.

The next step for FarmBot is to empower STEM education and allow for more efficient agricultural research to be undertaken. “Over 500 educational institutions have integrated FarmBot into their curriculum – inspiring the next generation of farmers and empowering young engineers with capstone experiences and research opportunities like no other” -FarmBot

Agerris began in 2019, however the team have been developing air and ground robotic solutions for the agriculture industry since 2005. A number of robots have been developed by Agerris at the University of Sydney’s Australian Centre for Field Robotics, including the Digital Farmhand and the Swagbot.

The Digital Farmhand is their most versatile robot with a wide range of applications. Agerris offers a number of variants of the Digital Farmhand including models with auto-hitch mechanisms, solar panels, spray systems, and chipping tools that promise to remove weeds with “surgical precision”.

I look forward to seeing where these startups go in the future!