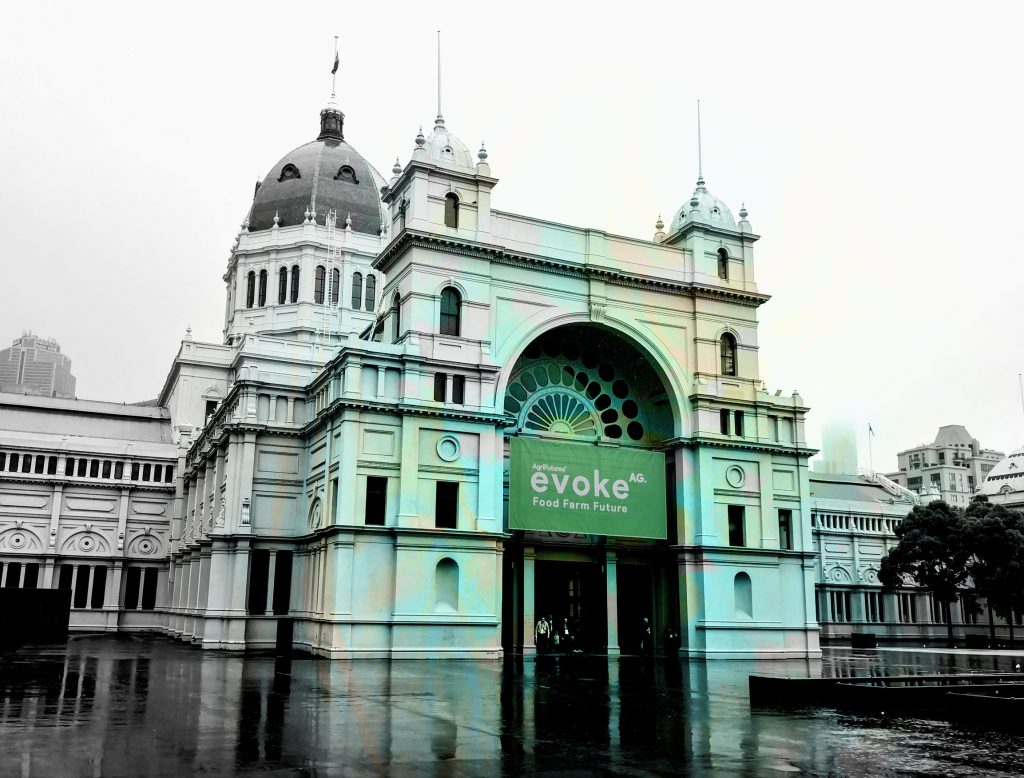 I was recently awarded the CEAT ’emerging leaders’ scholarship in order to travel to Melbourne to attend the EvokeAG agri-tech event. As part of this, I was required to live-tweet during the event, and to write a short blog post for CEAT – which can now also be found below.

Bringing together farmers, innovators, startups, researchers, government, and investors was the goal for EvokeAG 2020 – the Asia Pacific regions largest agri-tech event. It was an eye-opening experience to attend the two-day event in Melbourne, supported by the Centre for Entrepreneurial Agri-Technology as an ‘EvokeAG Emerging Leader’ scholarship recipient.

As an engineering student who has just begun my daunting final-year honours project in the field of robotics, it was incredible to see the high calibre of robotics and tech startups launching into the agriculture industry at the AWS ‘Startup Alley’ exhibition.

Across the two days I managed to chat and network with many of the tech and robotics startups. The startups ranged from apps to reduce food wastage, to large automated robotic platforms designed to completely replace tractors. The one thing that I found consistent across these startups was that they were all incredibly ambitious.

There were a few of these startups that didn’t initially see themselves ever entering the agri-tech space – much like myself. I talked with one startup who were originally creating low-cost microscopes for educational purposes, it was only when they discovered that the agriculture industry was buying up their product that they realised there was potential in other areas. They’re currently testing a smartphone app capable of recognising diseases in crops by taking photos using their microscope smartphone accessory.

The insights offered from these innovators, as well as my fellow scholarship recipients, has definitely impacted my plans for the future. I intend on continuing to explore the agri-tech space during (and following) my studies.